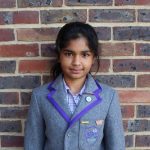 Last term, Year 6 took part in the UKMT Junior Maths Challenge.  This competition is open for children across the country up to Year 8.  The top scoring children are given gold, silver or bronze awards and a select few are invited to compete in the second “Kangaroo” round or the prestigious “Olympiad”. The results… 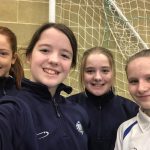 We were thrilled to hear that all four Year 7 girls (Amelie, Evie, Georgie and Millie pictured below) selected to join Dunottar School’s Cricket Academy this year are Banstead Prep School Alumnae! We are delighted that Year 7 Sports Scholar and BPS Alumnus Jack is also training with the Academy, which is set up to… 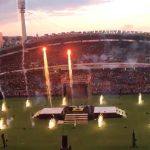 Banstead Prep footballers are off to the Gothia World Cup!

We are delighted and extremely proud to announce that five boys in Year 6 at Banstead Prep School, Henry S, Jack Y, Jack H, Laurie and Roberto, successfully trialled for the South East of England Prep School Football team. They will now have the amazing opportunity to travel to Sweden for the Gothia World Cup…. 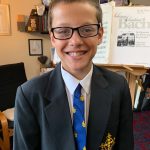 We were delighted to hear this week that Banstead Prep alumnus Benjy won the Senior Award in the Surrey Homes and Wealden Times Education magazine Poetry Competition 2019.  Congratulations Benjy! At the time of entering the competition, Benjy was in Year 5 at Banstead Prep School.  We are very proud of Benjy, who left BPS…