Home | News & Events | News | Back in time for Year 3, to Stone Age Britain at Butser Farm

Back in time for Year 3, to Stone Age Britain at Butser Farm

Last week, Year 3 went to Butser Ancient Farm to experience what it was like to live in stone age Britain. We had the chance to spin wool from ancient breed sheep, created jewellery using beads and copper wire, created a ‘stone age tv’ using chalk and rubbing leaves on it to be able to carve pictures into it and spun straw into cordage in the same way that stone age people did in order to hold their buildings together.

We looked at how to make an iron age canoe using the trunk of a tree and went inside a number of faithfully recreated buildings. As they are thatched, to keep the bugs out of it, there were open fires in all of them. We didn’t much like the idea of sharing our home with a load of cattle though! The bronze age bed didn’t look very comfortable, and we weren’t that impressed with the lack of lighting.

Surprisingly though, there were also several similarities to our modern day lives e.g. making clothes from cloth and their diet overall was more similar than the children anticipated. The stone age toilet attracted much interest but the thought of using moss rather than toilet roll wasn’t very well received!

The children all received a commendation for such super participation and for representing BPS so brilliantly. 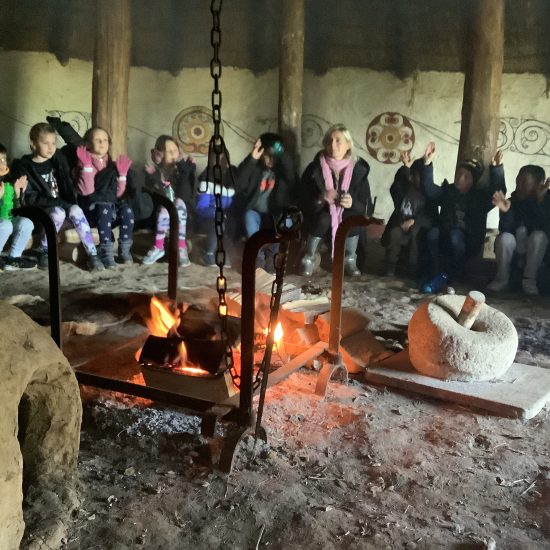 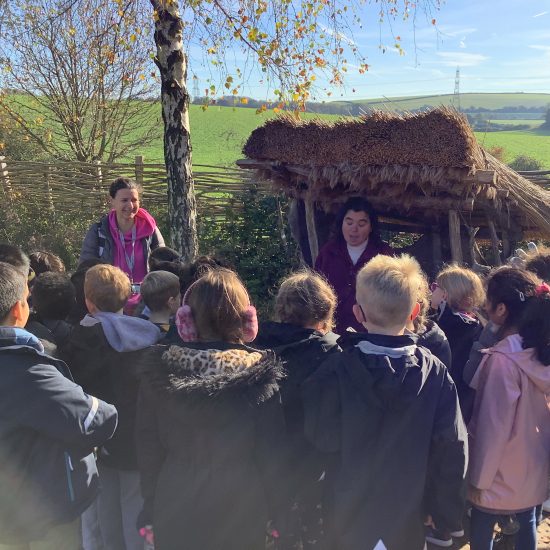 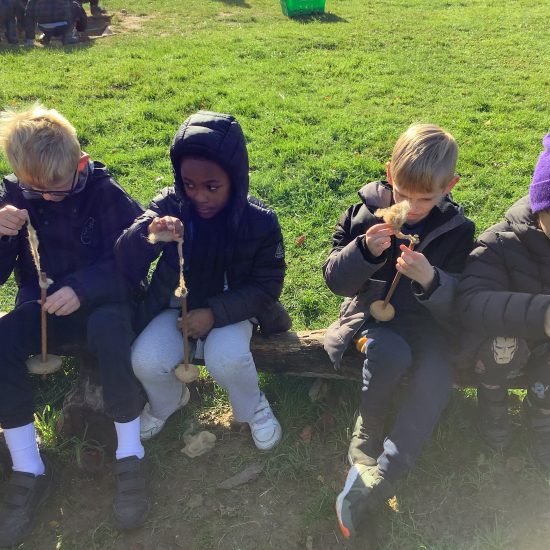 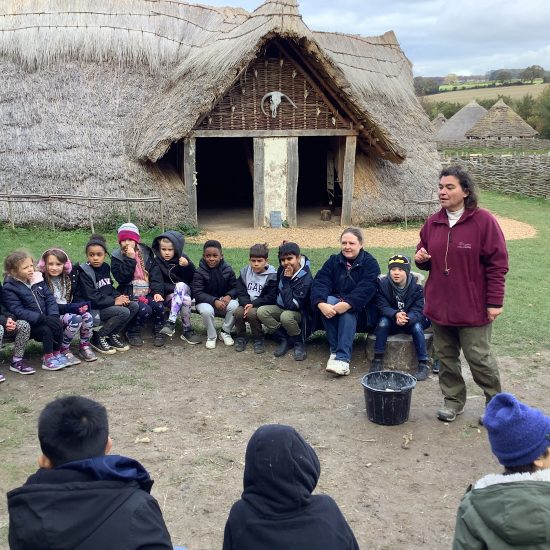 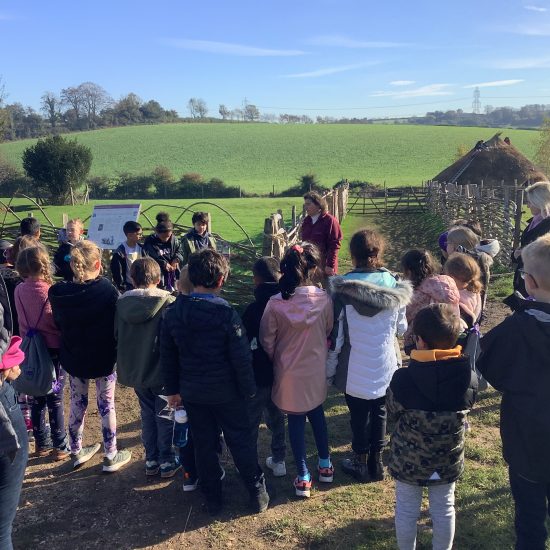 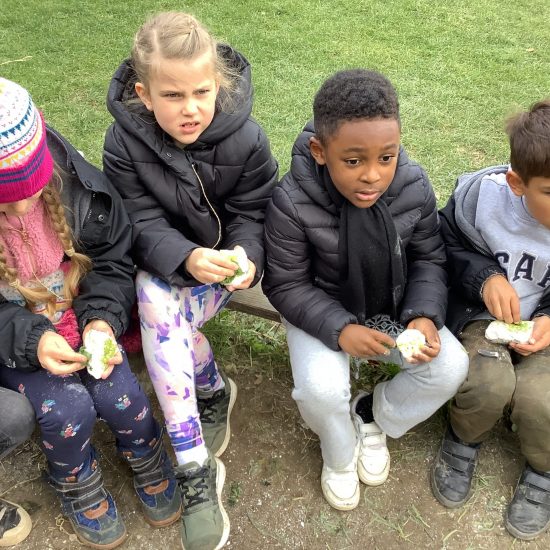