A new home for Emerald at Banstead Prep

The Year 6 girls had an unexpected trip to our ecological garden this morning, to release a new inhabitant into the pond.  Millie and Georgie brought in a common frog (Rana temporaria) that they had rescued, hoping that the school ground will be a peaceful new home for the amphibian, whom they named Emerald. 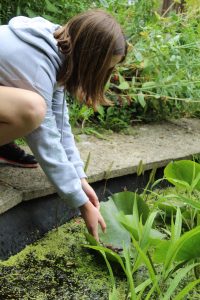 Millie explains what happened: “We saw my cat playing with something in the street outside, and when we went to look we found it was a frog!  We have no idea where it came from and we couldn’t leave it in the road.”  The girls created a habitat for Emerald in their back garden with water and rocks to hide under and Georgie did lots of research to find out what to feed Emerald, but they realised that he or she needed a forever home.  Georgie said, “We thought of the pond at school and felt it would be a good place to release a frog.”

Common frogs are widespread in Britain and often feed in gardens, hedgerows and grassland, living in ponds during the spring and hibernating in winter. They can lighten or darken their skin to adapt to their surroundings and they can breathe through their skin as well as their lungs.

Millie placed Emerald on a lily pad in the pond and she soon jumped into the water of her new home.  Georgie said, “I think she’ll be really happy at school.” 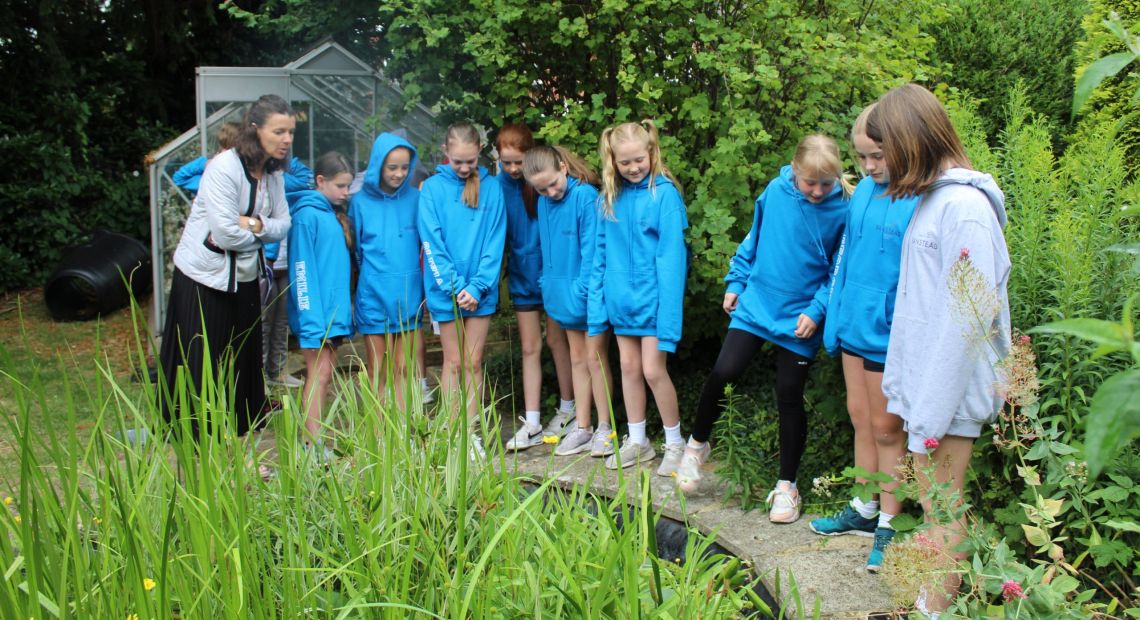 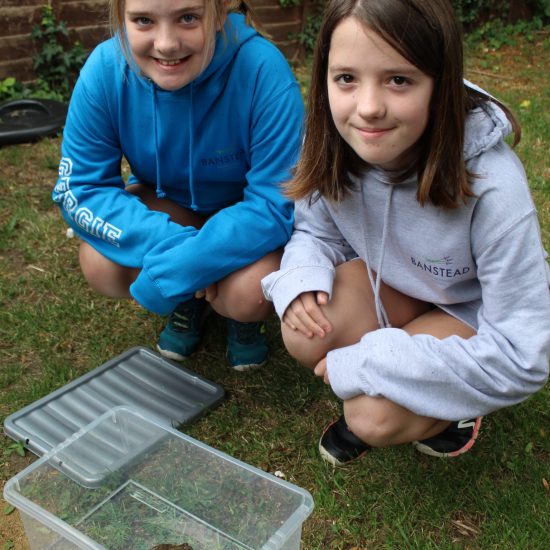 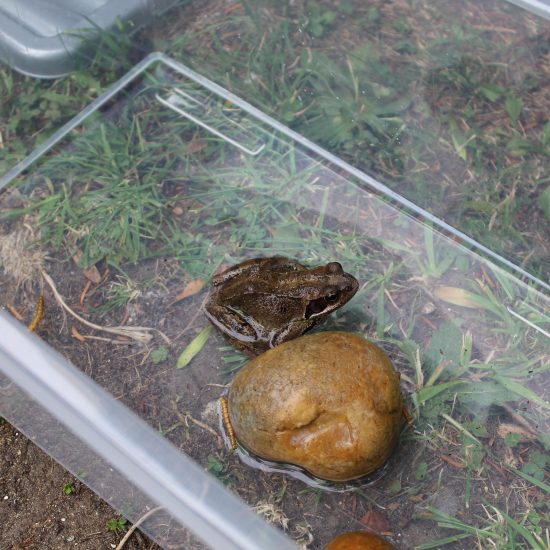 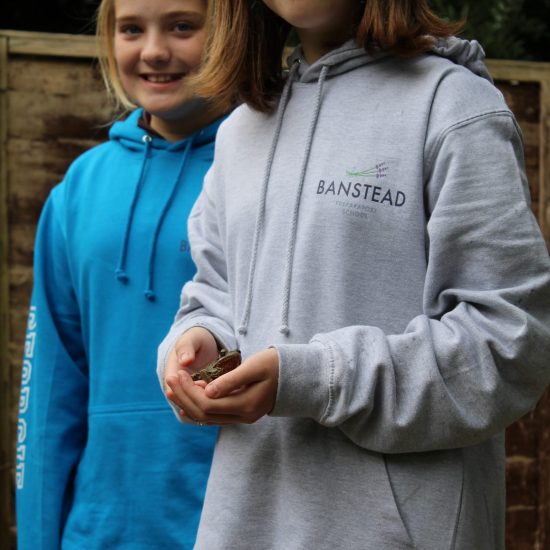 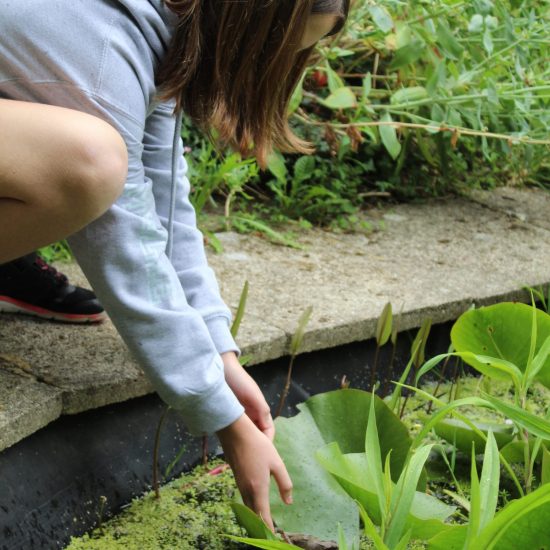 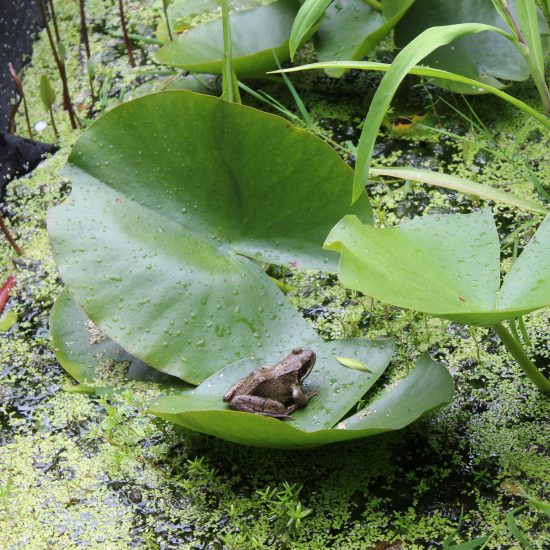 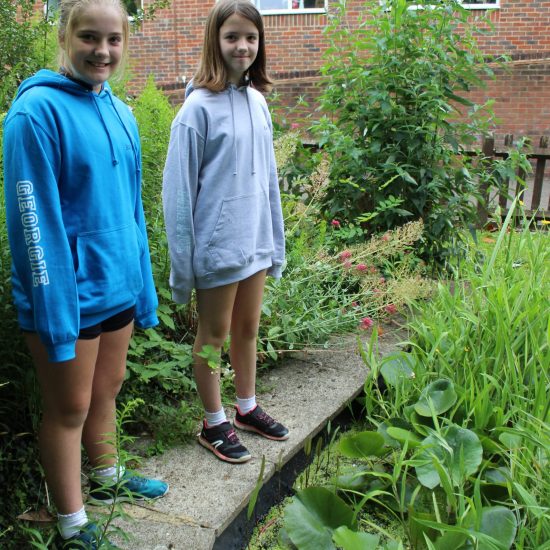 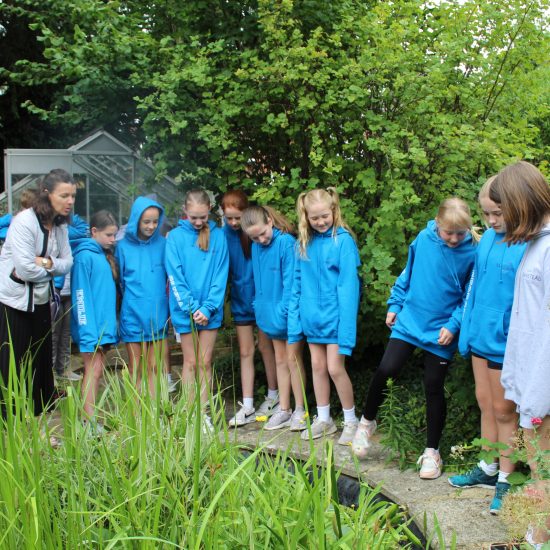