Year 6 children enjoyed a visit from Banstead Historical Society to help bring to life their current history topic.  Mr Sweetman brought with him several WW2 artefacts and shared with the children some fascinating information about the town and life in Banstead at this time.  The town was heavily protected during the war as it was feared that the enemy would pass through if on the way to London.  As a result, a house on Winkworth Road was converted into a machine gun station.

Georgie was excited to learn that “there is still a huge air raid shelter under Lady Neville Park, that could hold almost 1000 people!”  Millie was more interested in the fact that ‘The Woolpack pub was so badly damaged during the war that it had to be rebuilt.”

The children saw lots of old photographs of Banstead as well as a map showing where bombs were dropped in the local area.  They were able to look at a real gas mask, shell case, German helmet and a water pump used for putting out fires during the Blitz. Asked what they had learned, Arthur told us “I never knew that the Germans wore really heavy armour” and Olivia explained: “I had no idea what a pillbox was.  I found out it was a small concrete building that soldiers hid in, which was hard for the enemy to fire at as the gaps were so small.” 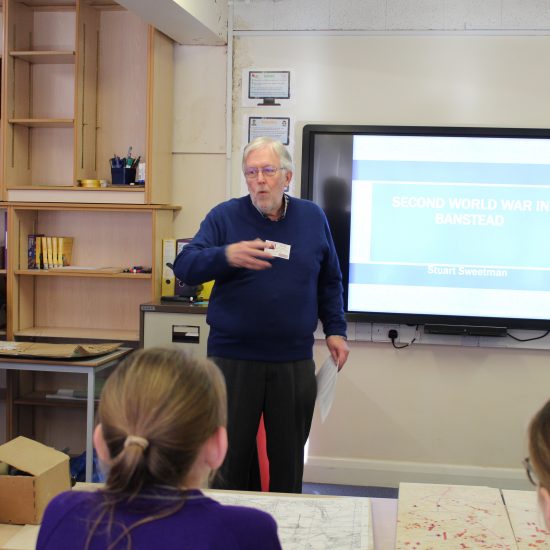 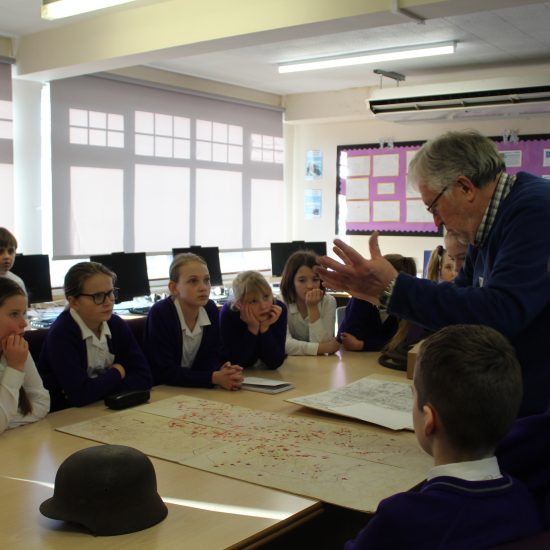 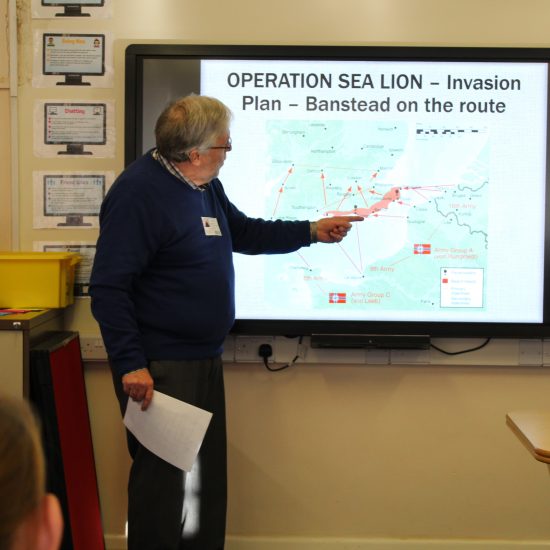 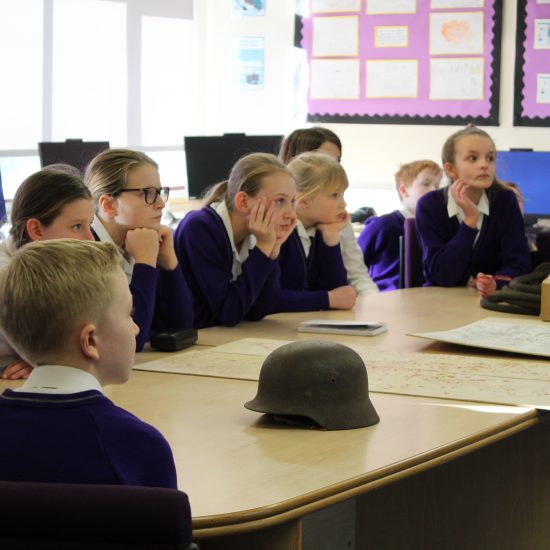 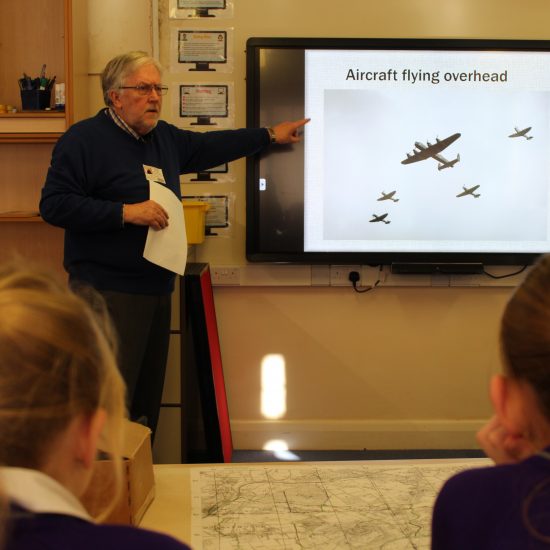