Celebrated poet Brian Moses spent the day at Banstead Prep on Tuesday, 26 February, enthralling us all with his performances and writing workshops.

Not many performers could captivate such a wide age-range in their audience – but he certainly managed to delight children from Nursery to Year 6 alike, not to mention the staff.  His use of percussion alongside his recitation was especially effective, enhancing the rhythm and mood of his chosen poems.  Perhaps the most popular was ‘Walking with my Iguana’, which children have continued to chant around school.

The morning performance to the whole school was followed by two writing workshops for Years 3 and 4 and for Years 5 and 6.  These challenged the children’s imagination and produced some wonderful images and poems.

Here’s what the children thought:

‘His poems were magical’    Yash 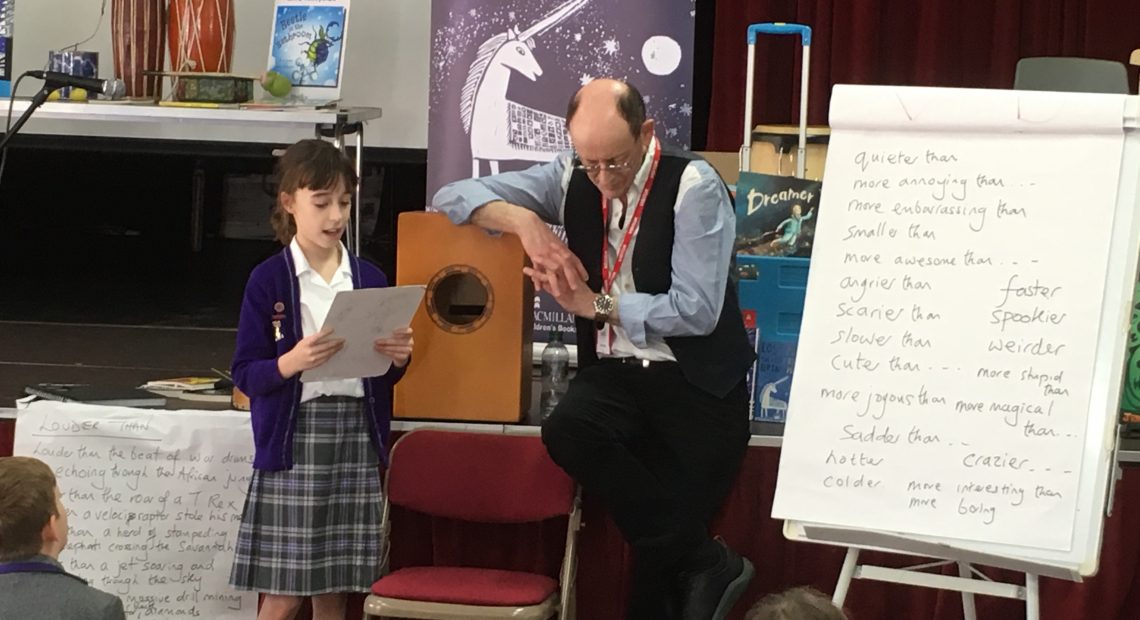