A personal journey towards co-education

Anyone who was watching Have I Got News For You? recently, might have cringed when Ian Hislop made reference to what a group of ex public school boys are like when they get together.  Worryingly, but not unpredictably, he was referring to our current government and the sexism that still prevails in various quarters, albeit undercover these days as everyone strives to pretend they are politically correct.  We are one of the only societies left where that reference rings true.  Is that really what we want to be recognised for in the twenty first century?

Having taught in single sex schools for the majority of my career, one day I woke up to find myself in a mixed one.  I’m still not quite sure how I got here.  One day I was following a well mapped out career pathway, fully established in an all-girls primary, the next I had been swept up in a whirlwind large enough to rival any seen in the Wizard of Oz and before I could think through my options, I had joined my husband and two children (definitely not on the career map) and was teaching in a school made up of children who had nearly all come from single sex schools and were now in co-education for the first time.  This was the start of Our New Prep School: three single sex schools merging to become one, larger co-educational Prep school.

My experience in single sex schools, if I can generalise for a moment, had been that girls are conscientious and keen to do well and boys are competitive and keen to play football!  In the classroom, girls would listen and sit still, while boys would confidently put forward their own view while finding some excuse to move around!  Putting the two genders together for our school was not just a matter of forming a co-educational school but establishing co-education amongst children who had grown up in single sex environments and whose parents had specifically chosen that form of education with no doubt well researched reasons for their choice.  Cohesion would appear to be no easy matter.

However, what I already knew was that both boys and girls can be motivated in the same way.  Rewards, praise and above all, winning, are very much on the agenda for both sexes.  Both are competitive and both rise to challenges. Boys as we know can be very vocal in their bid to succeed, but girls can be equally so when they see the determination of their counterparts.  Pitch boys against girls and you generate a level of competitive determination that is impossible to reciprocate in the single sex classroom!  Obviously it will never be always the boys or always the girls who win (especially as most of my educational games are weighted in some way to allow either side to win, whatever their ability) and as a result, the outcome is invariably mutual respect – unspoken obviously!

Co-educational schools necessarily offer a more varied curriculum although why cookery shouldn’t be an automatic part of everyone’s curriculum is beyond me – boys definitely eat too!  Cooking is a very important part of ours and both boys and girls love it.  Girls are encouraged to play football in the winter and cricket in the summer while boys enjoy early morning hockey sessions.  Obviously these things are easy to offer in a single sex school as well but with facilities and equipment so readily available, it would be ridiculous not to offer them in a co-educational setting.

Developing self esteem is an important part of any education.  Realising that others have anxieties too and suffer from a lack of confidence helps you to overcome your own issues and when girls can see that boys suffer in this way and vice versa, it is a valuable lesson in life.  Friendship issues and how we treat others are discussed, where appropriate, in an open forum and children learn at a very young age that worries are not just confined to one sex.  Furthermore, girls are more likely to be accepting of others’ anxieties and boys can learn a lot from this more empathetic approach.

It was interesting to see when our three schools combined, that actually many of the children were not only happy to play with the opposite gender, but that they actually preferred it.  Growing up in a single sex school had restricted their social encounters and they could now make the most of every opportunity.

Twenty first century women work together with men and the classroom should replicate what our future adults will experience in the work place.  Through discussion and debate in a structured environment, one can learn about the thought processes of the other.  We should be working in this way towards reducing gender discrimination, not widening the gap by segregating our children.  At its best, co-education instills life-long respect for the opposite sex, and at the very least it tempers the cattiness of girls and the aggression of boys!

My whirlwind experience has moved me along the Yellow Brick Road and delivered me to the Emerald City.  This is the stage where I should be thinking about returning home to the reassurance of familiarity.  However, with Ian Hislop’s words ringing in my head and reminding me of the negative side of putting all boys, or indeed all girls together, I am quite happy to hang up my ruby slippers for the time being and stay where I am! 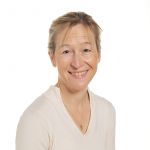