Year 5 have been learning about The Tudors this term.  We have already looked at a timeline of the Tudor Period, the Tudor family tree, The Battle of Bosworth and Henry VIII’s six wives.  To support our learning, we visited Hampton Court Palace.

On the trip, we listened to an audio guide during a tour of the King’s Apartments and visited the kitchens and gardens.

I loved visiting the kitchens best – it was really interesting.  There was a real fire in there! – Evie

We also took part in an educational workshop called Exploring the Past,  where we had to look at evidence to decipher what Henry VIII was like as a person.  Each group had to explain the rationale for their decision based on the excerpts and artifacts they had been given and present this to the rest of class.

The workshop was very good at explaining historical evidence and how historians have to piece together different pieces of information to make a decision about the past.  We looked at a replica of the jewels given to Katherine of Aragon when Henry divorced her and the armor worn by Henry when he was injured in a jousting competition.

The children learnt that at times Henry VIII was an honest and fair king,

He gave Katherine of Aragon Jewels and £500 a year after they divorced.  – Millie

He didn’t blame his opposition during a jousting competition when he was injured because it was his own fault.  He hadn’t closed the visor of his helmet.  – Olivia

However, on the other hand he did behead hundreds of people which wasn’t very fair!

We also found out that Henry’s weight gain wasn’t completely his fault because he was no longer able to exercise due to an injury.  We learnt that Henry was not always fat and that when he was 20 his waist was only slightly larger than a year 5 child’s waist. 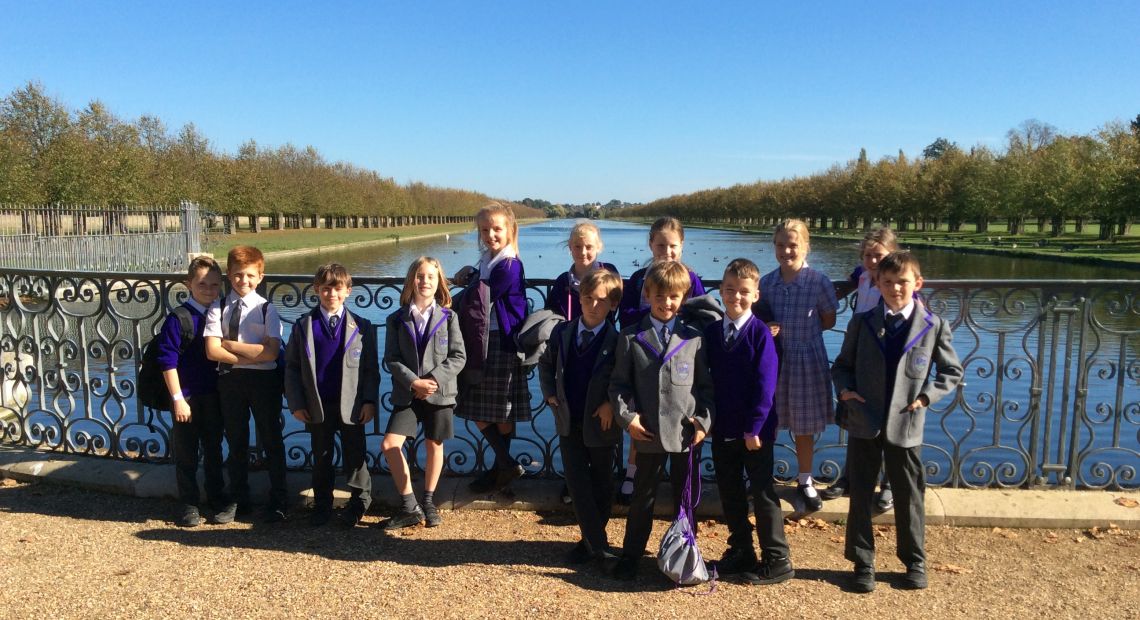